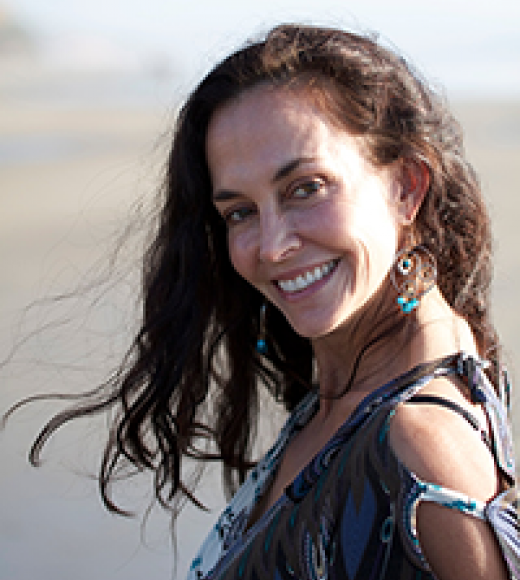 Kia Meaux - A student of yoga since 1989, Kia has studied with masters of the Ashtanga, Iyengar and Anusara traditions, which she incorporates into her alignment based Vinyasa Yoga practice. Her background includes traveling through Asia studying Yoga, Buddhism, Eastern Philosophy, and Vipassana Meditation. Kia has been been teaching yoga for over 17 years. In 2002, she wrote the popular Vinyasa Yoga book, Dynamic Yoga, which has sold over 60,000 copies worldwide and has been translated into seven languages. She is a Yoga Alliance 500-hour E-RYT as well as a 200-hour RYT in the Anusara Tradition. Kia is a fun, compassionate, and skillful teacher, with a profound understanding of the invaluable benefits that yoga can bring to one’s life.